“Whenever you’re in conflict with someone, there is one factor that can make the difference between damaging your relationship and deepening it. That factor is attitude.”~ William James
“The greatest conflicts are not between two people but between one person and himself.”~ Garth Brooks

Mairin stood outside the courthouse clenching the divorce filing. She trembled and gasped for air. A stranger gawked at her as he passed slowly but said nothing. Get it together Mairin, you’ve been counting this down for five years. You’re almost there. “Take a picture it’ll last longer!” Mairin yelled at the nosey stranger.

Mairin took a deep inhale, straightened her shoulders and purposely strode to her car. I can do this. Initially, she was going to hang out the garage since the kindergarten run was canceled for the day she didn’t have to be back until 1:30 to do her afternoon run. She glanced at her watch and on a whim drove to the local college campus.  She gradually drove around a couple of times observing the students coming and going. They have no idea how lucky they are.

Stop hemming and hawing, go to the admissions office. Ask what is needed instead of being a voyeur.  Alright, alright I will.

Mairin checked her watch again, second guessing or looking for an excuse not to go but the clock didn’t help. She spoke to the receptionist who directed to an advisor.  A slew of questions later and more documents in her hand, she was now enrolled in college. Imagine that, I’m a college student. A 47-year-old clueless college student. What the hell have I done?

Geez, I still have two hours to kill before my next shift. Hmm, when did that tattoo place open? Mairin laughed at some of the designs in the window and strode away. She opened her car and slammed it shut again. Why the hell not? I’ve finally stepped up to the plate I might as well look like a college student. She waltzed her butt into the tat parlor and told the clerk she wanted a tattoo. The man asked if she wanted to look at any design in particular. Mairin shook her head. “Nope, today is the day I’m tossing the chains to the curb. I filed for divorce and I’m serving my soon- to- be ex myself this afternoon. I want a chain bracelet with a broken link around my ankle. Maybe with one daisy so it’s a bit more feminine but I want the tattoo to look like a busted chain. This is my bust out day!”

“I can do that. Have a seat, I’ll get you the waivers. I do have to ask, any contagious diseases?

“Yeah, insanity.  Other than that I’m harmless.”

Dedicated to a dear friend who walks with two spirits, a woman trapped inside of a man’s body, fearful that any moment his/her life will be diminished by ignorance in rural Maine. The issue is very real for her because people there are not open to change. They cling to their conservative and fanatical religious beliefs like the clan does their white sheets.

There was a brief glimmer of hope
it floated like a mist over a river
when humanity’s door briefly opened,
acknowledging the possibility of gender fluidity.
But like our fickle climate, hope vanished
and with it came a renewed surge
of hatred and entitlement. Deny or destroy
anyone that dares ask for equality.
Even the moon withheld his glowing face
as he/she contemplates the next course of action
in this vicious cycle called a transgendered life.
Darkness prevails!  The remaining shreds of hope
float away leaving only a trace of compassion
hardly noticeable in the grand scheme of things
when guns silence the masses and zealots
claim righteousness prevails.

I pray for sanity in this world. 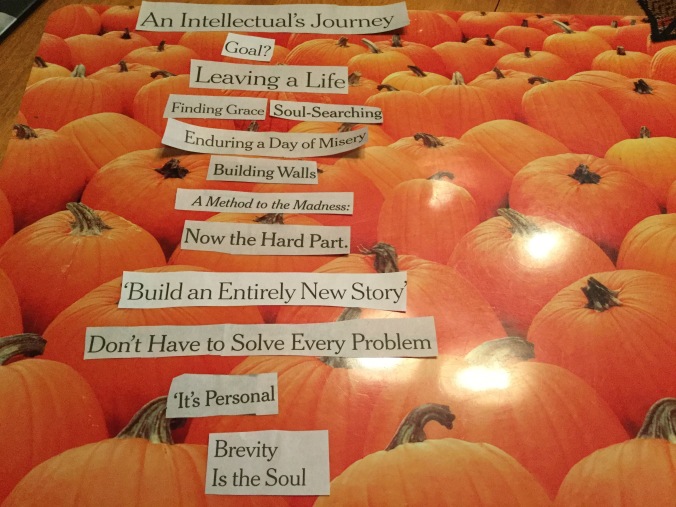 Truth Written In The Wind